In 2012, when told by other agencies that they didn’t have the budget to get onto TV, Cap-it came to Elton to see what we thought. We proved that a focused plan that utilized appointment viewing in sports could give them the exposure they were looking for across Western Canada.

It’s been a great relationship since, and we’ve become a part of the Cap-it family, providing media strategy, buying, creative and production services across the franchise.

A key to the success of the initial television campaign was being able to fit a lot of information into 15 second ads.  While there was a general perception that Cap-it was a brand of truck cap, our goal was to increase awareness of Cap-it as a physical store that sold more than truck caps. So the ads included shots of the store’s interior & exterior, featured various products and we included a shot of the franchisee store owners. Although time was tight, we included a last component of a bulldog barking “Cap-it” at the ending that served as a memorable exclamation mark for the ads. The bulldog has since become an important component of the  brand and Cap-it even produced their own plushy version of the dog to sell at their stores.

In addition to putting Cap-it on television, Elton ran local Youtube campaigns (starting in the early days of Youtube’s pre-roll advertising), which has been an excellent way for the stores to market themselves locally, especially in some of the smaller markets where we’ve made a few local celebrities.

Elton has helped Cap-it grow their franchise, expand their product offerings and brand awareness, and we look forward to continue helping Cap-it as they continue to grow as a company. 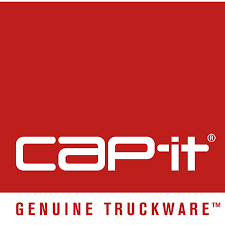 Cap-it Genuine Truckware is a proud supporter of Elton Media. Great team to work with over 5 years.

We work with some
Great brands

OR CALL US NOW​